The Two Castles Trail is a 24 mile waymarked walking route between Okehampton and Launceston Castles. Starting on the western side of Devon and finishing just inside Cornwall, the walk meanders through rolling countryside full of history.

The Two Castles Trail takes you through beautiful and peaceful countryside – from the edge of Dartmoor, past historic battlegrounds to the ancient capital of Cornwall – linking the Castles of Okehampton in the east and Launceston in the west.

The route can be divided into four stages, each of which take a day to walk. Stages can be followed in both directions, and they have good bus links to Okehampton and Launceston.

The route description and waymarking make the route easy to follow, though care should be taken across the Sourton section of moorland where waymarking is not possible. While additional maps should not be necessary, the Explorer OL28 (Dartmoor) and Explore 112 (Launceston) Ordnance Survey maps will show further walking opportunities near to the route, and the villages which are within walking distance of the route.

The waymarks contain the text ‘Two Castles Trail’ in burgundy on a white background, along with two historic walkers carrying their provisions in a kit bag tied to a stick (bindle sticks), with the route directions indicated by black arrows. Most of the trail between Okehampton and Bridestowe is shown by waymarks for the West Devon Way which follows the same route (green symbol for Brent Tor and church, with green ‘West Devon Way’.

The route coincides with the West Devon Way at the eastern end; and links with the Tamar Valley Discovery Trail at Launceston. The three routes can be linked as a grand 100 mile circuit around western Devon. 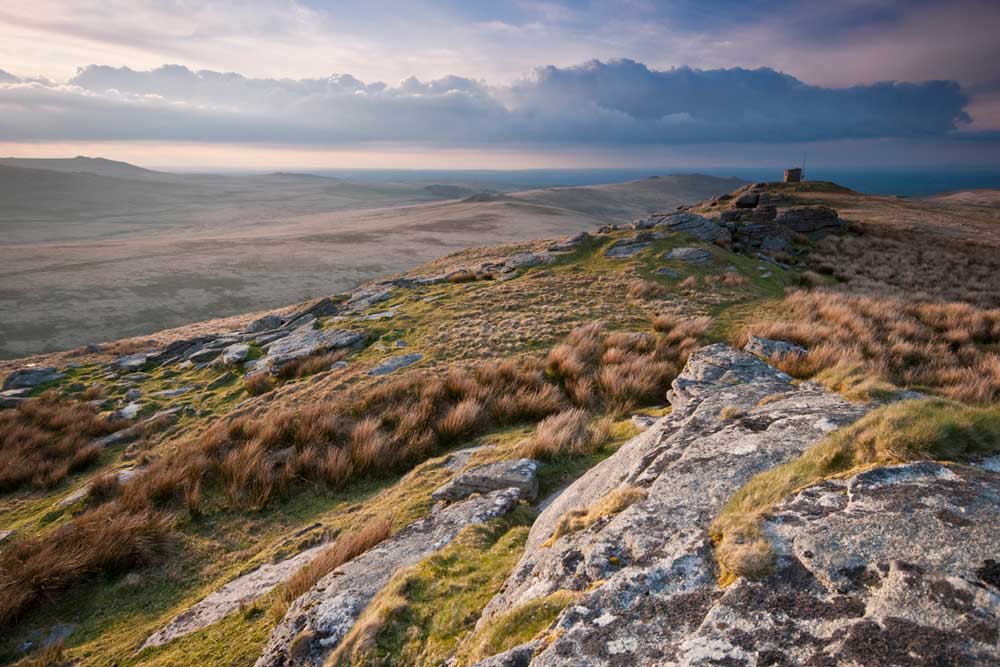 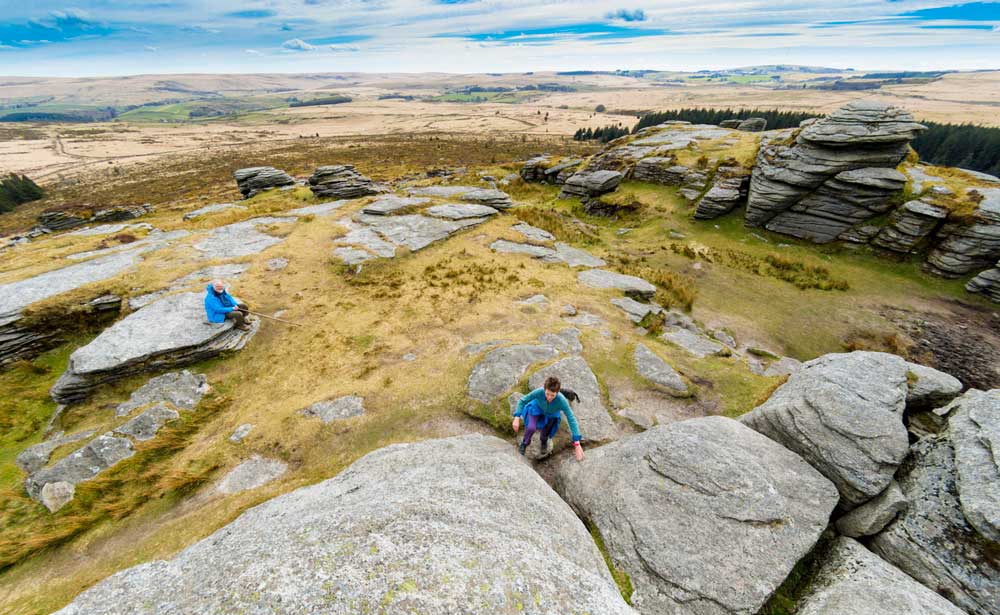 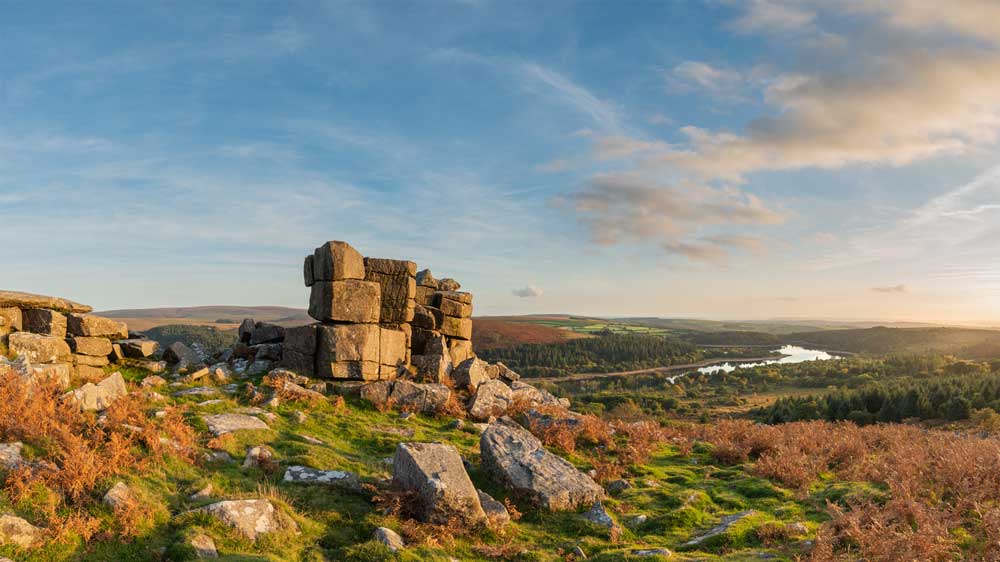 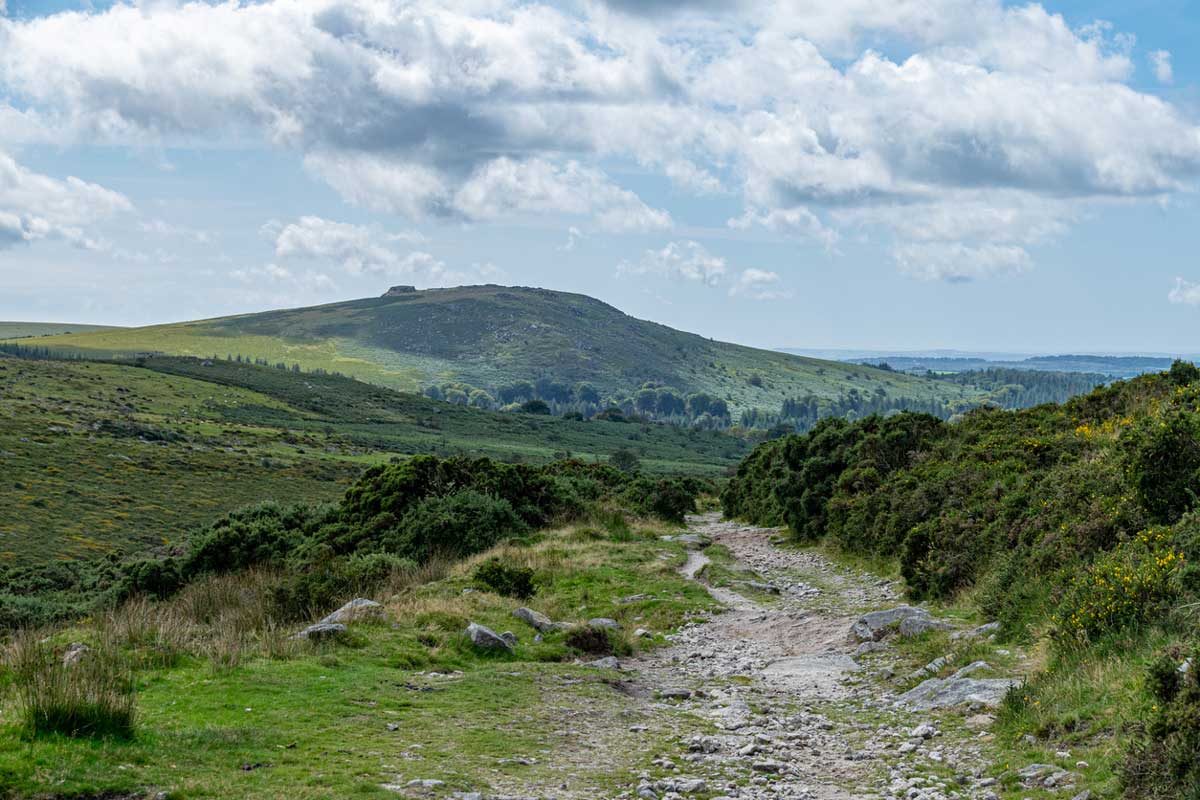 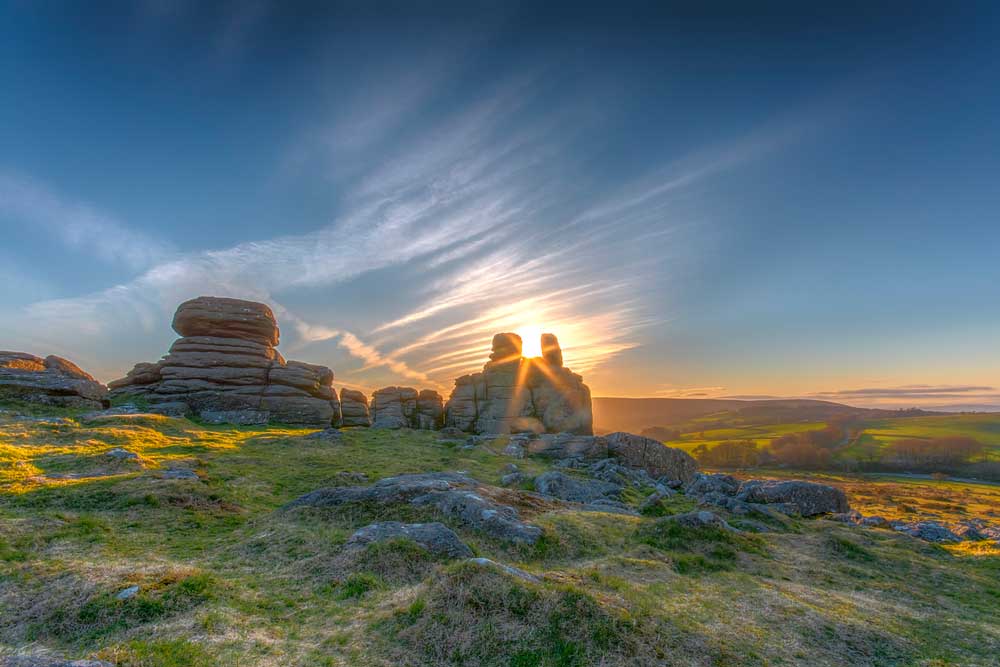